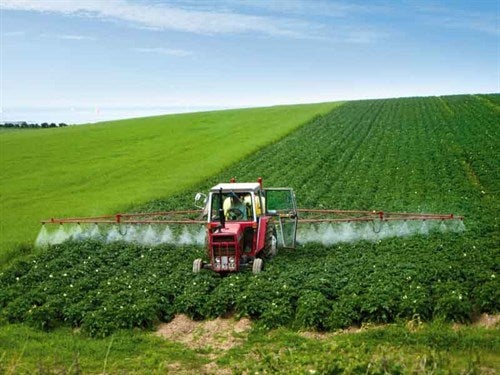 Agricultural workers who were exposed to the herbicide Paraquat and have been diagnosed with Parkinson's disease may have a claim for financial compensation.  Cases are currently being consolidated in federal court in the the Southern District of Illinois.  If you were exposed and have Parkinson's Disease, don't wait to have your case reviewed.

Paraquat dichloride, commonly referred to as “Paraquat,” is one of the most widely used herbicides in the United States.   It is an important tool for the control of weeds and grasses in many agricultural and non-agricultural settings. It is also used for desiccation of crops, like cotton, prior to harvest.  Unlike RoundUp and other common brand names, there are no homeowner uses and no products registered for application in residential areas.  All Paraquat products registered for use in the United States are Restricted Use Pesticides (RUPs) that may only be used by trained certified applicators.  Its use is banned in Europe, but not in the U.S.

Paraquat is highly toxic.  One sip can be fatal.  Worker's are exposed through inhalation, ingestion, and dermal exposure.  People living and working near fields sprayed with Paraquat are also at risk of exposure. In July 2021, the EPA issued stronger use restrictions requiring a residential drift buffer for aerial applications.  EPA That is helpful, but does guarantee safety.

The American Journal of Epidemiology, JAMA (Journal of the American Medical Association) Neurology, and the National Institute of Environmental Health Sciences are just a few of the sources that have published research pointing to a link between Paraquat and Parkinson's disease.

Lawsuits filed in the U.S. are presently consolidated in the Southern District of Illinois for pre-trial proceedings.  If you used Paraquat and are now suffering from Parkinson's Disease, your claim is time limited so it is important that you contact pesticide lawyer Stephanie Sherman as soon as possible.

Pesticides are Linked to Childhood Tumors

A new study in 2021 out of UCLA confirms that there is an increased risk of childhood brain tumors when a pregnant mother is exposed to pesticides during pregnancy. The study examined the California Cancer Registry data for certain childhood tumors identified in the rural farming areas of California. Due to California's sophisticated pesticide tracking system, the researchers were able to correlate certain pesticides used for weed and fungal control in crops with incidence of childhood brain tumors diagnosed within a 2 mile radius of pesticide spraying. Fresno, Monterey, and San Diego counties are among the areas studied. A mother does not have to be an applicator to be exposed. Exposure is also caused from drift. Due to the fetus' vulnerabilities, they are at increased risk for the devastating effects of toxic exposures.

If your child or family member has been diagnosed with a brain tumor contact Sherman Law, P.C. We have 20 years experience handling cancer cases resulting from chemical and pesticide exposure.